Its Impact On Health 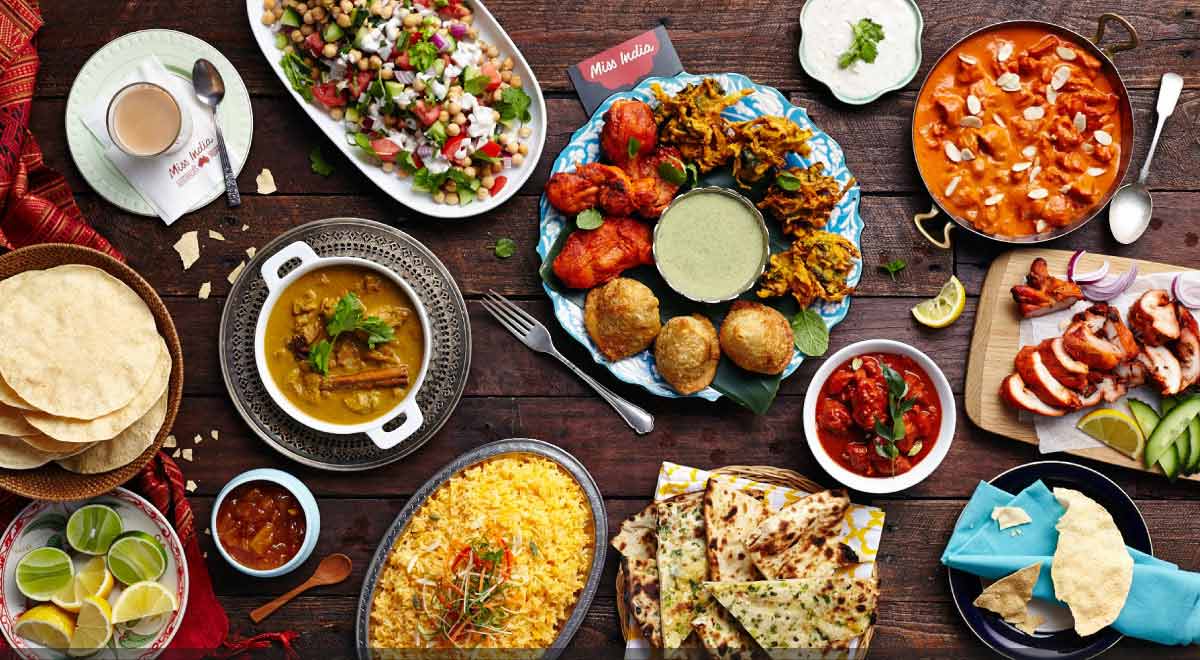 From the southern state of Kerala to the northern tip of Kashmir, India’s food styles are not only variant but vibrant too. The emerging trend shows that south and east part of India has rice as the staple food while north and west has wheat as the main staple food.

Indian cuisine consists of the foods and dishes of India (and to some extent neighbouring countries), is characterized by the extensive use of various spices,herbs,vegetables and fruits, and is also known for the widespread practice of vegetarianism in Indian society.

Each family of Indian cuisine includes a wide assortment of dishes and cooking techniques. As a consequence, it varies from region to region, reflecting the demographics of the ethnically-diverse subcontinent.

Hindu beliefs and culture have played an influential role in the evolution of Indian cuisine.However, cuisine across India also evolved as a result of the subcontinent’s large-scale cultural interactions with Mongols and British making it a unique blend of some various cuisines.

A look at different regions of India and their food choices

In Northern India, you will meet people that are lighter in skin color with the staple food based on wheat grain and its products especially roti, parantha, puri and bread. They also make curry that is more variant in herbs & spices. Recipes made out of pulses and legumes specially tarka daal or daal fry and makhni daal form an important part of North Indian Delicacy. In north India, you will encounter the most variety of vegetarian cooking mixed with seasoned nuts, meats and dairy products that will make you come back for more. North India is also the home of “naans” and Samosas.

In Southern India, the classic dish is based purely on Rice with curry or Sambhar. The curry is noted for its spicy flavor. Before Christianity came to India in the early 52 AD, Kerala was strictly vegetarian – as regulated by Hinduism. However, after the visit of St. Thomas, Christianity was quick to spread throughout Kerala and thus the diet of Kerala evolved to include meat as well. Some of the favorites include Rabbit Stew, Bulls & Buffalo meat curry, venison and other great edible foods. Today, much of Southern India still remains the same with Rice as their staple food with heavy vegetarian outlook and diary products (rice cooked with butter and curd). Some famous foods include Idlis, dosas, Sambhar and Vada. South India is also famous for their banana and jackfruit chips, which visitors love. Biryanis, pickles, pappadams and the spicy curry seasonings are not to be missed.

In Western India, it is more similar to Northern India with a very Roti based diet. A lot of their food also includes egg products or vegetables stuffed in a Roti bread and made with spices much like an egg roll without the frying, oil and nasty taste. Laal Maas is one of the famous Western India’s famous dishes. West India is also renowned for their sweet tasting dishes and the sweet they eat with their meal is called Farsan.

In Eastern India, Oriental people are more common. India is a host to exiles from Tibet, Nepalese refugees, Bhutanese immigrants, Burma’s dissidents and the rebellious province of Assam. Thus all of these influences and from the ancient ties to China heavily influences the dietary customs in Eastern India. You will find a unique blend of vegetarian food with the Chinese food cooking style. Some of the best foods in India can be found in this area. Along with Rice, Fish also has a large impact on East Indian cuisine as most of these towns are fishing villages or large ports.

There are also huge influences from Buddhism along with Hinduism. There are also a lot of seeds used in the cooking, such seeds as aniseed, mustard, fenugreek seed, cumin seed and black cumin seed.

Also Read: Diversity Of Indian Food Cultures May Surprise You

The staples of Indian cuisine are Rice and Wheat with only small inclusion of Bajra and Ragi in some parts of India. A variety of pulses form important part of Indian Cuisine, the most important of which are masoor (most often red lentil), channa (bengal gram), toor (pigeon pea or yellow gram), urad (black gram), and mung (green gram). Pulses may be used whole, dehusked – for example, dhuli moong or dhuli urad – or split. Split pulses, or dal, are used extensively. Some pulses, like channa and mung, are also processed into flour (besan).

Most Indian curries are cooked in vegetable oil. In northern and western India, sunflower, soybean and peanut oil is most popular for cooking, while in eastern India, mustard oil is more commonly used. Coconut oil is used widely along the western coast especially in Kerala; sesame oil is common in the south as well. In recent decades, sunflower oil and soybean oil have gained popularity all over India. Hydrogenated vegetable oil, known as Vanaspati ghee, is another popular cooking medium. Butter-based ghee, or desi ghee, is less used than formerly.

Nutritional Significance of Indian food and its impact on Health

Although a traditional Indian diet gives much importance to plant based food, milk and full grain cereals making it a wholesome nutritionally balanced meal but the increased availability plus convenience of use of fully or partially processed foods in our regular diet has compromised our intake of nutrients leading to increased number of people getting obese, hypertension, diabetes or heart ailments.

As stated earlier Indian meal is highly influenced by religion and region, so typically a vegetarian Indian meal primarily consists of nutritious foods like grains, lentils, healthy fats, vegetables, dairy and fruits. A lacto-vegetarian diet hence can be helpful in preventing obesity and other chronic lifestyle diseases if the wholesomeness of food is preserved and the cooking procedures are mindfully selected.

Spices such as fenugreek, turmeric, cumin, coriander, ginger and garlic not only give the Indian food strong and unique flavours but add to the list of nutritional benefits too.

An Indian meal primarily consists of food from some or all of the groups mentioned above making it more or less nutritionally adequate.

Indian diet has a range of health benefits. Yogurt for example is a source of calcium and is a low fat alternative to dips made of mayonnaise. Spinach and tomatoes are the super-foods that provide antioxidants, vitamins, and minerals to strengthen our immunity. Garlic features greatly in Indian cooking which is good for our heart, immunity and metabolism. Whole grain cereals provide the necessary carbohydrate for energy and fibre for our gut health.Indian food is made using a variety of spices that satisfies our taste buds and giving us satiety and more so giving it vibrancy to keep it interesting.

Turmeric used as a prime spice in Indian curries is known for its anti-inflammatory effect and prevents cancer and cardiovascular diseases. Indian meal uses locally available and seasonal fruits and vegetables and hence reaps in maximum nutritional benefits. The cooking methods like steaming, poaching, grilling or using tandoor, also helps in retaining the nutrients well.

A traditional Indian thali will provide you a balance of carbohydrate from cereals, proteins from legumes, pulses, animal food or dairy, vitamins and minerals from vegetables and fruits that you need for a balanced diet making Indian cuisine a healthy one around the globe.