Are Overweight People At Greater Risk From Corona

Are Overweight People At Greater Risk From Corona 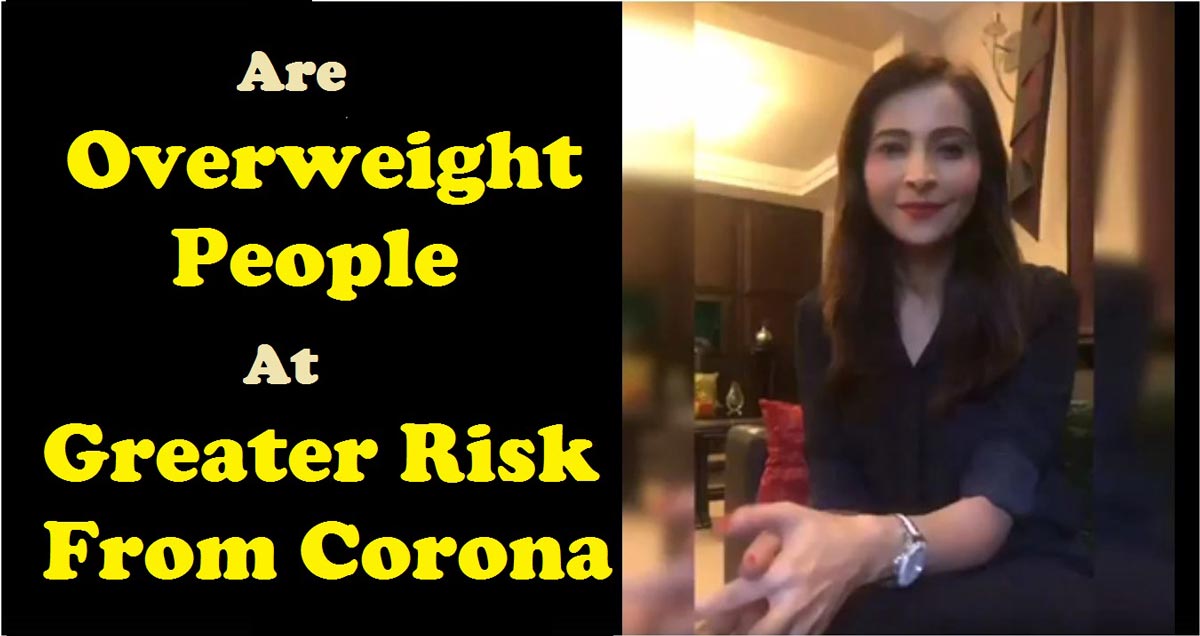 Overweight and Obesity enhances your risk to Corona virus and this is being acknowledged by researchers, physicians and people across the world.

Obesity and overweight conditions seem to have an adverse effect of COVID-19. Infact, the Centers for Disease Control and Prevention (CDC) reported that people with heart disease and diabetes are at fairly higher risk of Coronavirus related complications.

Lot of Surveys and Researches that have taken place in the past months, it has been found that those people with a BMI of greater than 25, have a greater chance of getting infected with Covid 19.

In case they get infected, they display and develop severe symptoms with higher chances of developing complications and even death.

As per a study in UK (United Kingdom) where those admitted in an ICU (Intensive Care unit) in a hospital, it was found that 35% were Overweight, 32% were Obese and 7 % were suffering from morbid Obesity i.e. 74% of people who were infected and admitted to hospitals were suffering from Obesity, Overweight or morbid obesity.

There was another study which was conducted by the World Federation of Obesity Unit that concluded that those with more than 25 BMI had higher chances, upto double the chances of getting infected with Covid 19.

In India, Doctors from the largest public hospital have noticed and concluded that in a day if 10 covid19 infected patents come to the hospital then 6 out of the 10 are either overweight or obese.

If those suffering from corona virus happen to be obese and they visit any hospital, then to handle those people with covid19 is a uphill task.

Why being obese is a risk factor from corona virus?

Well, Once you are overweight, you have a lot of fat around you, your organs and this same situation is happening internally, which leaves less space for the lungs to expand.
Now if you recollect seeing any fat person, you might have observed that the person keeps panting and is mostly out of breath even if walking a little bit. This happens because he has so much extra fat that his lung capacity to inhale oxygen gets reduced while the body requires it’s normal dose of oxygen.
So invariably the person remains under pressure to keep supplied with enough oxygen.
A small walk or even tying up one’s shoelaces, the person gets out of breath. This is because of the same reason as stated above that all over the place and around the lungs and other organs, the person’s fat deposits leave very little space for the lungs to expand.to capacity. Hence very often the person gets breathless.
Now under such a situation if a person catches covid19, which in itself is a respiratory disease, so you can well understand how serious and complicated it could get for the individual.

What role do fat cells play?

Scientists have discovered that there is an enzyme called ACE2 which is present in the cell which is a route for the virus to enter the human body.
This enzyme is present in adipose tissues or fatty tissues which is there in large number / quantity in people who are obese. This adipose tissue is in excess below people’s skin as well as around their organs.
This is also one of the reasons why they have a higher risk of contracting the disease or getting severely ill with the disease.

Is Immune System affected too?

Yes. The ability to fight the virus in obese people i.e the immune response is quite bad and this is mainly because of the inflammation.
Obesity also often comes with other health issues, like weak heart, poorly functional kidneys, type 2 diabetes etc. So it becomes much more riskier for a patient who is obese plus have secondary lifestyle diseases as well. And if they get infected with corona virus, then it becomes extremely severe.
Taking care of such patients in hospitals also becomes a herculean task for the doctors. This is particularly seen in the handling of such patients in ICUs’, while putting them on ventilators, handling their breathing issues, turning them on beds, putting them under scans etc., all of which becomes too very difficult.

With many a Lockdowns taking place across the world, the economic situation too is spiraling down and in the process is putting an already vulnerable population at further risk. In many countries this same segment of population is exposed to higher risk of obesity, which eventually might worsen the already plaguing obesity crisis globally.

Furthermore, with gymnasiums and workout cubs and centres shut, the pandemic might also contribute to an increase in obesity levels of the populace.

Also harsh lockdown measures introduced in some countries like India have had an impact on people’s mobility along with almost nil physical activity for months together thereby increasing the risk of metabolic diseases amongst the public.

Also the lockdowns and the need for self-isolation has prompted many in metros and cosmopolitan cities to rely on processed and canned foods with longer shelf lives but with higher percentages of sodium. This could, in due course of time, lead to a further increase in weight and add to the vicious circle of events.

In the end i will like to tell you all that please try to maintain a healthy weight, take a balanced diet, exercise regularly . Do whatever workout you can and if you are unable to do it on your own then take a professional help.
Please follow and like us:

One thought on “Are Overweight People At Greater Risk From Corona”